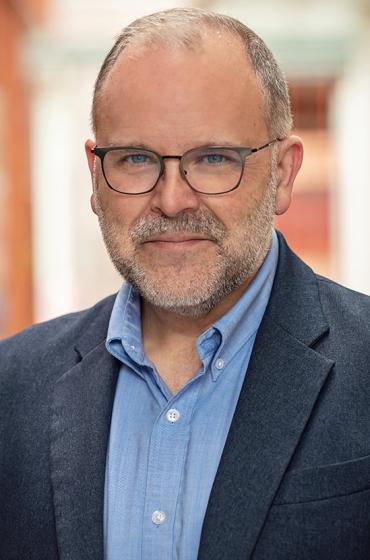 Peurach’s research, teaching, and outreach focus on the production, use, and management of knowledge in practice, among social innovators and those they seek to serve. Peurach examines these issues in the context of large-scale educational improvement initiatives in public school districts and in school improvement networks, focusing specifically on how districts and networks continuously learn and improve over time. Currently, Peurach is engaged in three lines of work that advance this agenda:

Peurach is the author of Seeing Complexity in Public Education: Problems, Possibilities, and Success for All (2011, Oxford University Press) and co-author of Improvement by Design: The Promise of Better Schools (2014, University of Chicago Press). Peurach's perspectives and research have been featured in commentaries, press reports, and op-ed pieces, as well as in blogs from Education Week, the Huffington Post, the William T. Grant Foundation, and the Carnegie Foundation for the Advancement of Teaching.

Peurach is also the lead designer of the Leading Educational Innovation and Improvement MicroMasters program: a series of five massive open online courses available on the edX platform that has engaged a global community of over 40,000 learners in the theory and practice of network-based continuous improvement. Leading Educational Innovation and Improvement was developed with support from the Microsoft Corporation and in collaboration among the University of Michigan School of Education, the Ross School of Business, and the Carnegie Foundation for the Advancement of Teaching. Peurach chairs the Faculty Committee on Massive Open Online Courses and serves on the Academic Innovation Advisory Committee, both for the University of Michigan’s Office of Academic Innovation.

Prior to joining the School of Education as a faculty member in 2011, Peurach served as an assistant professor at Michigan State University and at Eastern Michigan University. He also served as a researcher on U-M's Study of Instructional Improvement. Before pursuing an academic career, Peurach was a high school mathematics teacher and, before that, a systems analyst in manufacturing, health care, and higher education.
Peurach holds a BA in computer science from Wayne State University, an MPP from the Ford School of Public Policy at U-M, and a PhD in Educational Studies from the School of Education at U-M.

"Seeing complexity in public education: Problems, possibilities, and success for all."

"Improvement by design: The promise of better schools."

"From mass schooling to educational systems: Changing patterns in the organization and management of instruction."

"The dilemmas of educational reform."

"Innovating at the nexus of impact and improvement: Leading educational improvement networks."

"Reading Recovery as an epistemic community: A case of occupational control ineducation."

"Occupational control in education: The logic and leverage of epistemic communities."

"School improvement networks as a strategy for large-scale education reform: The role of environments."

"Executive leadership in school improvement networks: A conceptual framework and agenda for research."

"Organizing and managing instruction in US public school districts: Considerations for families, communities, and states."

Leading and Managing i3-Funded Projects: New Perspectives on the Practice of Educational Reform

Extending the Study of Instructional Improvement