24th Annual Children and Youth MLK Program draws over 300 participants from across the eastern U.S.

On Monday, January 17, the SOE welcomed over 300 participants to its annual MLK Children and Youth Program. Due to the pandemic, the event was held virtually, however, Tom Drake, Manager of Academic Program Development, Educational Studies Program, who helped organize the gathering, noted that this allowed audience members from around the country to attend via Zoom.

The first part of the program, intended for PreK-4 students, was planned by Hattie McKinney, graduate student assistant for dije initiatives, and featured storyteller Elizabeth James. McKinney discussed several well-known cases of bus protests, and shared a video about Sarah Keys Evans, who was just 22 years old when she refused to give up her seat on a charter bus. Evans' action prompted a landmark court case, Sarah Keys v. Carolina Coach Company, which outlawed the segregation of Black passengers in buses traveling across state lines.

The second portion of the day’s event engaged 5-12th grade students and was planned by monét cooper, doctoral student in the Joint Program in English & Education, with youth organizers from DAYUM (Detroit Area Youth Uniting Michigan), who discussed their work as activists, and led audience members in a writing exercise.

“The youth really imagined and built the space, my role was really one of supporting and amplifying,” says cooper. “They wanted for youth to really think about the radical King, the one who is often silenced in the mainstream. One of Dr. King's quotes used for our writing time really resonated throughout the program: 'There comes a time when one must take a position that is neither safe, nor politic, nor popular, but he must take it because conscience tells him it is right.' As Brittyn (Benjamin-Kelley) and Sam (Tull) spoke about the work they and other DAYUM youth are doing in schools, I was struck by how they continually took up this call to action by internalizing the stakes of justice, liberation, and abolition not only in their schools, but for themselves.”

"I hope participating students were able to enjoy connecting with Dr. King’s ideology in how they see it in their own lives, decades after he first appeared publicly as a nonviolent advocate," said DAYUM youth organizer Sam Tull. "I hope they are able to take with them the thought that they are a part of his legacy as well - they can carry on nonviolent principles each in their own paths of life. That they can have an impact, too."

Famed blues musician Robert Jones returned to the gathering, as he does each year, to inspire young audience members with his moving renditions of “God Bless America,” and “Lift Every Voice and Sing.”

Now in its 24th year, Assistant Dean for dije, Recruitment, and Special Projects, Dr. Henry Meares, recalls that it all began with an invitation to children of faculty and staff to attend a pizza lunch. Meares says he wanted to provide young members of the community with “an opportunity to learn about the important work that Dr. Martin Luther King had done, and to position the Civil Rights movement in history.” Over the years the program has grown in size, moving from one auditorium on campus to another to accommodate an ever-increasing demand. The event now draws students from Ann Arbor, Ypsilanti, and Detroit schools, as well as those far beyond the region. Past programs have featured the Mosaic Youth Choir, spoken word open mics, and 58 Green, U-M’s premier multicultural, co-ed a cappella group, among many other performers, storytellers, and speakers.

“We try to engage students in workshops to develop leadership skills, and help motivate them to become active citizens, and civil rights activists,” says Meares.

Meares also notes that legions of volunteers—from City Year fellows to members of student organizations across campus—have historically helped make the event possible. Cedric Whitney and Tricia Piechowski, who began volunteering for the event when they were students, have done so each year since, save the holiday when Piechowski was giving birth. Their son Grant is now old enough to attend the event as a participant. 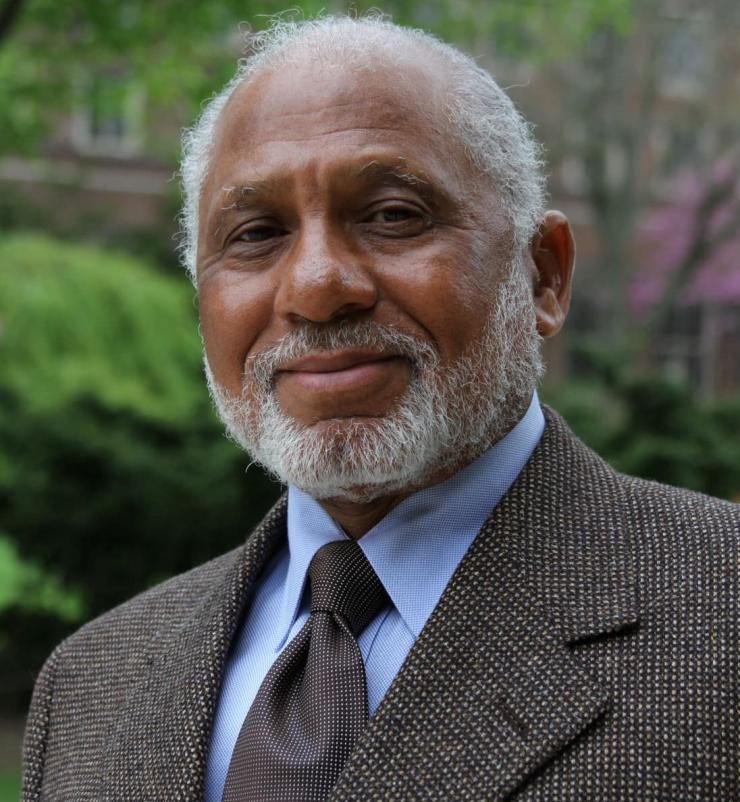