Individual philanthropy shapes the student experience, powers the breakthroughs of educational research, and flings wide open the doors of opportunity. It is impossible to imagine the SOE without the profound impact of private giving because it is visible everywhere. The generosity of donors provides the foundation for people and programs to thrive.

Donors are partners in our shared vision for educational improvement, access, equity, and innovation. Whether contributing to organized fundraising campaigns, endowing scholarships to support students pursuing a career in education, or funding the creation of vast research centers that will define the future of the field, donors have transformed the school through giving.

From the beginning, alumni opened doors for future generations

In the first years of the school’s existence, alumni began a tradition of annual giving that predated a formal fundraising program at the SOE. These early donors gave rise to a culture of philanthropy.

The class of 1923 established an annual teaching award of $1,000 to a faculty member—usually a junior faculty member—who was determined by a committee to have made the most valuable teaching contributions. In 1976, an endowment fund was set up by the class of 1923 in order to continue supporting the SOE community in perpetuity.

Individual alumni like Nina Sanchez (AB ’22, TeachCert ’22) and Eleanor Wagner (AB ’27, TeachCert ’27) were among the first graduates of the newly formed school who supported SOE students throughout their lives, eventually establishing gifts through their estate plans. Wagner’s motivation was to take some of the financial burden off of students so they could focus on studies and perhaps not work as much as she and her husband had during their college years.

We called, you answered

In the ’80s and ’90s, phonathons were a significant fundraising tool for the school. Students were responsible for reaching out to SOE’s extensive alumni network, including some 17,000 regional alumni in 1986. That year, the school had set an annual phonathon goal of $50,000, which was nearly reached in just its fall campaign. “The students are what make the phonathon work,” said Barbara Hower, who was then a graduate student responsible for coordinating the event. “They have a genuine enthusiasm for talking with people and a strong desire to help the School of Education.” 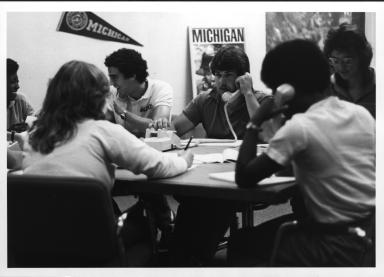 During a period of deep budget cuts for the school, this funding was able to improve aspects of the student experience and provide important financial aid. By the end of the 1986-87 academic year, the phonathon raised a staggering $132,000 from more than 6,000 donors, an increase of 35% over the previous year when the program was initiated. The following academic year, the SOE raised nearly $275,000 through a combination of phone banking and direct mail appeals, allowing the school to offer $165,000 in student aid the following year as well as acquiring new technology resources, inviting prominent guest speakers, and supporting additional student and faculty endeavors. 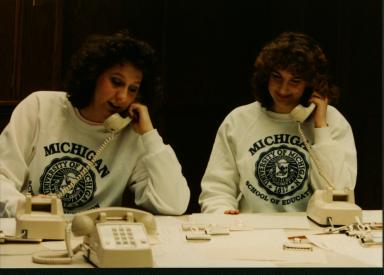 “Direct support of our students continues to be a high priority for the use of gifts from our alumni and friends,” said then-dean Cecil Miskel in 1990. Miskel noted that the number of donors is every bit the measure of success as dollar total, as a more engaged alumni and donor network creates additional opportunities to benefit students.

The ’90s ushered in an exciting time of growth driven by pivotal gifts to the SOE. Over the past 30 years, three major campaigns have brought donors and school leaders together around shared visions for the future of the SOE.

A gift from Heinz and Waltraud (ABEd ’79) Prechter established the Prechter Laboratory for Interactive Technology, which opened its doors in 1994. The Prechter Laboratory was a state of the art computer suite used to design and create highly sophisticated interactive educational materials and provide opportunities for teacher education students to learn how to employ these materials in their teaching. “Our vision is to encourage the creation of schools that resemble highly sophisticated workplaces in which computing is commonplace and teachers and students use interactive technology to design and create the artifacts of education,” said Miskel.

In 2008, Professor Betty Mae Morrison gave the largest bequest made to the SOE—more than $1.6 million. The Dr. Betty Mae Morrison Endowed Fund for Doctoral Student Support provides tuition, fees, and stipends for doctoral students doing scholarly work using quantitative research methods. "Professor Morrison was devoted to the success of her students," said Professor Carla O'Connor. "She kindled their passion for quantitative research, and her generous gift ensures ongoing support for doctoral students with a demonstrated interest in methodological rigor." In 2011, the Brandon Center for the Study of Education Practice opened thanks to a generous gift from Regent Emeritus David Brandon (ABEd ’74, TeachCert ’74). Today, this center is a hub for individual study as well as collaborative work, with several rooms equipped for videoconferencing and integrated technology.

At the outset of the most recent university-wide campaign, called Victors for Michigan, The Harry A. and Margaret D. Towsley Foundation committed a $1 million cornerstone gift directed toward supporting three specific areas: community engagement, facility updates, and TeachingWorks. This gift helped to create more flexible and hospitable classrooms, lecture halls equipped with state-of-the-art technology, and improved spaces for research and collaboration. The support had a key role in launching partnerships between TeachingWorks, teachers, and teacher educators across the country—partnerships that now number more than 70 and are transforming how teachers are prepared for our nation’s most important profession. The portion of the gift designated for community engagement helped to launch the ambitious P-20 Partnership on the Marygrove Campus in Detroit, which is home to the Michigan Education Teaching School. In 2020, the Towsley Foundation, once again, made a cornerstone gift, this time to help launch the school’s Teach Blue initiative, aimed at supporting educators in all stages of the profession.

During the Victors for Michigan Campaign, a 2014 gift from Bryan (BBA ’73, MBA ’75) and Kathleen (ABEd ’72, TeachCert ’72) Marsal changed the way SOE students and recent graduates approached their careers. Their gift established the Marsal Family Career Services and Placement Fund to provide personalized career counseling, alumni networking, assistance with job searches, and information about education-related job opportunities. Their campaign gift also established an endowed scholarship supporting teacher certification students. Like the Towsley Foundation, the Marsals also provided resources for the development of TeachingWorks and the expansion of community engagement efforts.

In 2017, a gift from Mike (BBA ’72) and Sue Jandernoa expanded TeachingWorks partnerships in their hometown of Grand Rapids, Michigan. Their vision with the gift was to transform the quality of elementary mathematics teaching in Grand Rapids. For this project, TeachingWorks collaborated with Grand Rapids Public Schools, Godfrey-Lee Public Schools, Kent Intermediate School District, and Grand Valley State University to jointly design a program of training, development, and support to improve mathematics teaching in grades three through eight.

Today, there are more than 130 endowed funds at the SOE, most of which are designated for scholarship or fellowship support. These contribute to an endowment that is valued at nearly $45 million.

The annual fund, called the Fund for Excellence, remains a vital resource to which hundreds of donors contribute each year. New funds—both endowed and expendable—power the school’s ambitious projects in communities around Michigan and across the country. As individual donors launch the school in new directions, professional foundations and corporations have increasingly invested in the SOE, radically changing what’s possible in the field of education.

“The School of Education has been committed to excellence in scholarship, in teaching and learning, and in creating more civically-engaged citizens for over 100 years,” says Krissa Rumsey, Director of Development and Alumni Relations. “Philanthropy has allowed the school to move this commitment forward in more nimble ways.”

“There are so many more examples of the transformations our donors enable, that I do not believe it is an overstatement to say philanthropy has changed the lives and trajectories of SOE students, and impacted the partners and communities we serve in profound ways,” Rumsey adds. “To the thousands of alumni, faculty, staff, and friends who have contributed their philanthropy to further the mission and vision of the SOE over the years, I say thank you for demonstrating your love for the School of Education and its people, both within and outside of the walls of 610 E. University Ave.”

The SOE gratefully recognizes funds that make up the SOE Endowment 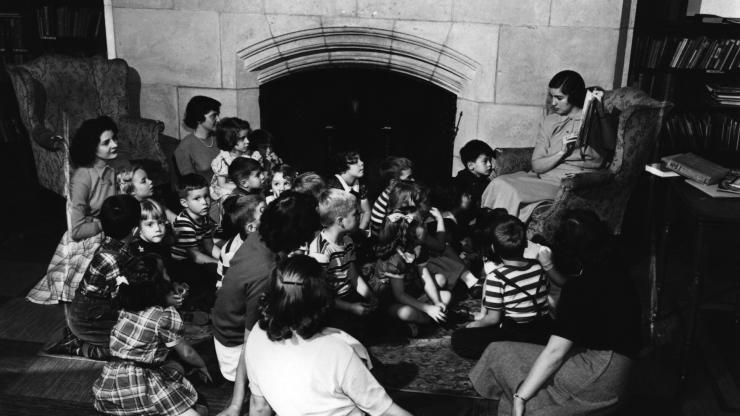 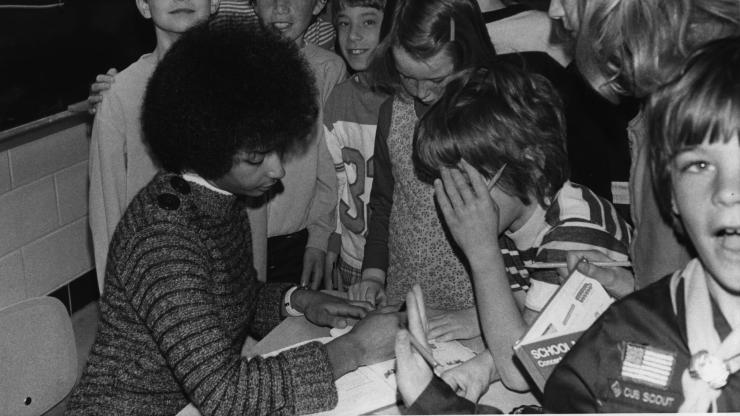 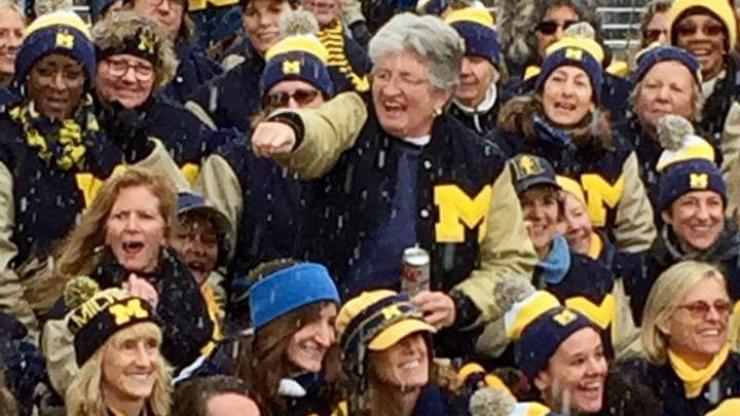 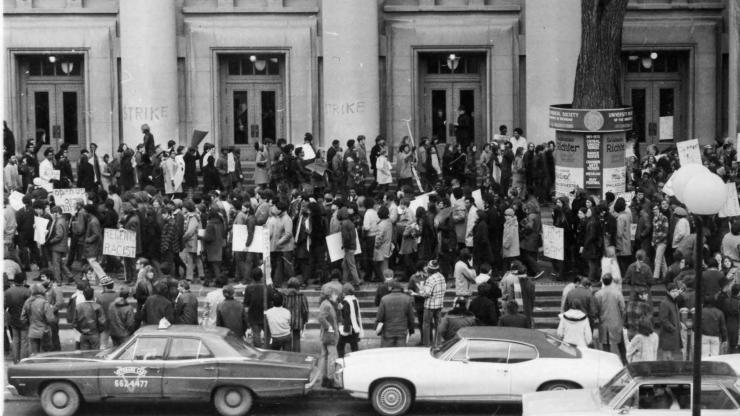 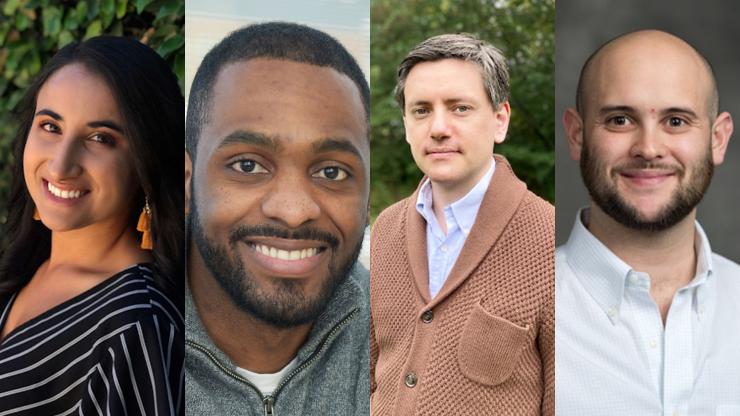 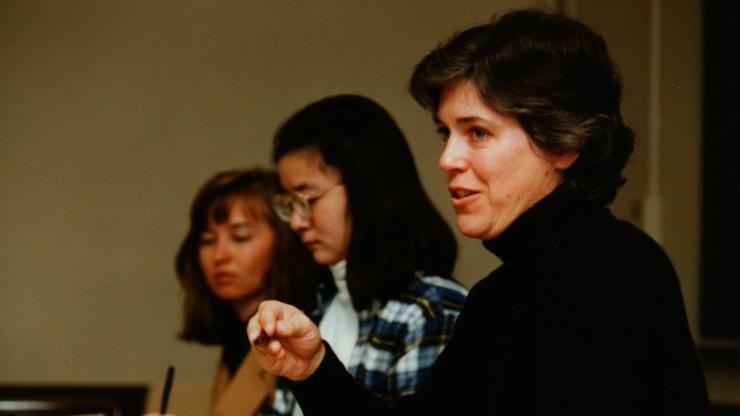 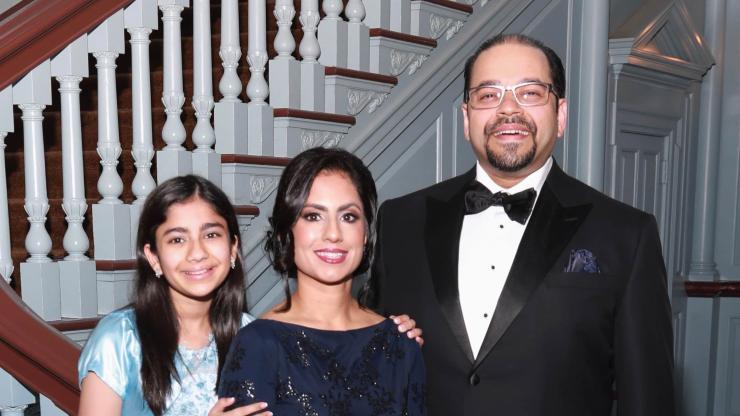 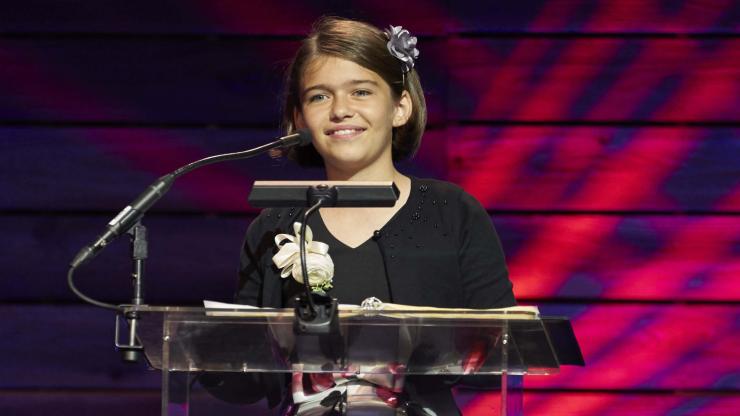 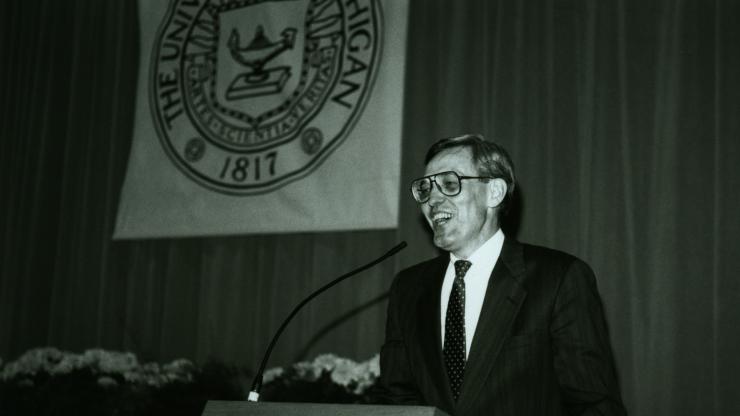 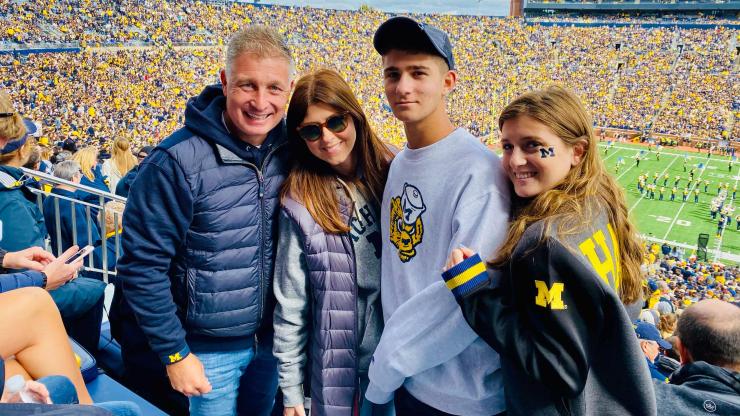 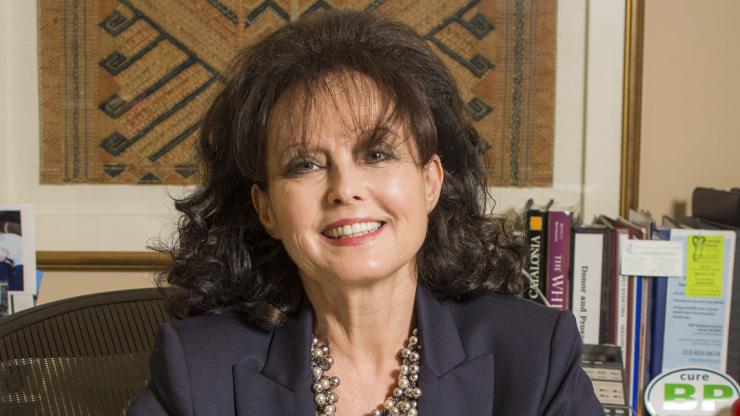 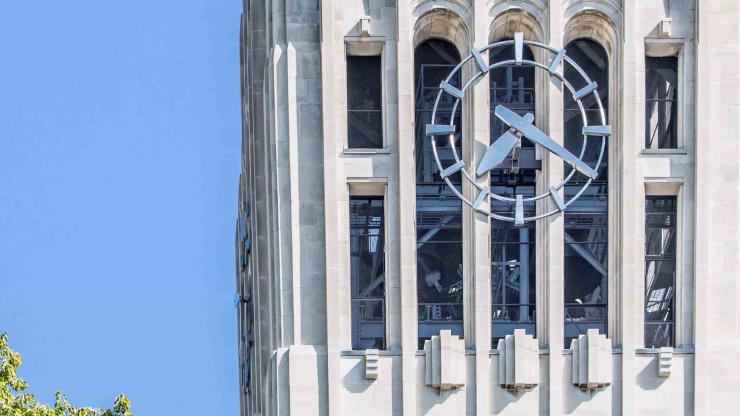 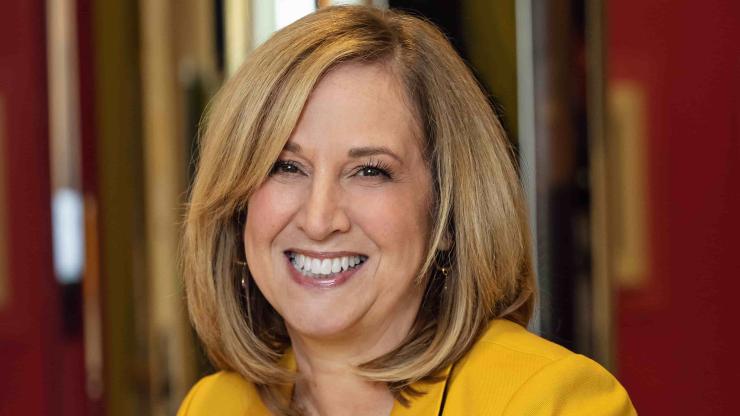 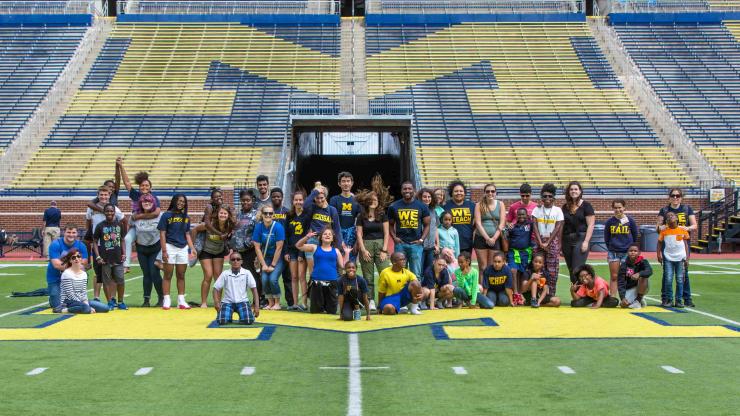