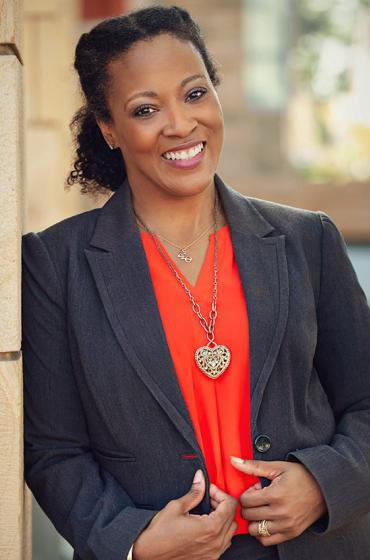 Prior to coming to the School of Education, Kendra Hearn has a storied career as an education practitioner. She was the assistant superintendent for curriculum and instruction for the West Bloomfield (Michigan) School District (2006-2010) where she also previously served as the curriculum director (2005-2006). She also was curriculum director in the Lincoln Consolidated School District in Ypsilanti (2003-2005); and a professional development consultant for the 28 school district in Macomb County, MI through the Macomb Intermediate School District (2001-2003). Her first jobs in education were as a high school English language arts teacher at West Bloomfield High School (1996-2001) and Detroit Public Schools (1993-1996).

She earned her BA in English from the University of Michigan ('93) and her MA in education administration from the University of Detroit Mercy ('95). With the completion of her dissertation, "Artifacts of Thought: Evidence of Metacognition in Twelfth Grade Students’ Reflective Writing," Hearn earned her PhD from Wayne State University ('05). Hearn was National Board Certified in early adolescence English language arts ('98). In 2008, she was selected as a Fulbright Scholar by the U.S. Department of Education's Fulbright-Hays program, and traveled to South Africa to study its post-apartheid educational system. She is the recipient of one of education’s most coveted awards, the Milken Educator Award, and has also received recognition as a nominee for Oakland County's WDIV-Newsweek Outstanding Educator Award (1999) and Education's Unsung Heroes Award (1998).

Race, Sense-Making, and Practice in the Co-Construction of Family-School Relations