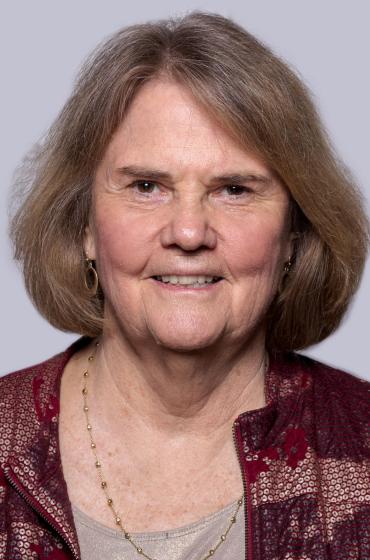 Diane Larsen-Freeman received her PhD in linguistics from the University of Michigan. Following appointments at UCLA and the SIT Graduate Institute (where she is professor emerita), she returned to the University of Michigan in January 2002 to direct the English Language Institute. She is currently a research scientist emerita at the English Language Institute, as well as a professor of education emerita and a professor of linguistics emerita.

Larsen-Freeman has made presentations in sixty-five countries around the world and is the (co-) author of nine books, one of which received the Kenneth W. Mildenberger book prize, awarded by the Modern Language Association. She was the editor of the journal Language Learning for five years. She also received the Distinguished Scholarship and Service award, the highest honor that the American Association of Applied Linguistics bestows. An edited volume celebrating her scholarship was published in 2017.

Larsen-Freeman focuses her research and interests on attempting to understand the process of second language development from the perspective of complex dynamic systems theory. She has found that the theory provides new insights into language, its acquisition, and its use. She sees all three as complex, non-linear, dynamic processes. She also researches English grammar. She regards English grammar not only as a set of structural patterns, but also as an important resource for making meaning and for adapting language appropriately to the communicative context. Such a perspective has contributed to her dynamic view of language, which she has applied to teaching grammar, or “grammaring” as she calls it. The approach also acknowledges the individual paths that students chart to second language success and views teaching as fundamentally a process of helping learners to perceive affordances in the teaching- learning ecology. In addition, Larsen-Freeman is known for her work in language teaching methods and teacher education, primarily in the TESOL field. Diane-Larsen Freeman retired as of December 31, 2012. Since then, she has been a Visiting Senior Fellow in the Educational Linguistics Division of the Graduate School of Education, University of Pennsylvania.

Communicating beyond diversity: a bricolage of ideas.

Task repetition or tasks iteration? It does make a difference.

Looking ahead:  Future directions in, and future research into, second language, acquisition.