The Power of Human Connection 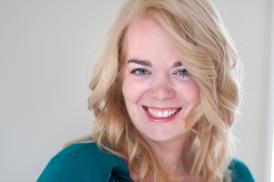 “DEI is the core of every job. Every job is a DEI job,” Walsh said. “If you’re not thinking and working from this social justice lens rather than a deficit-based narrative… asking yourself what you are being trained to center... you’re not going to be successful.”

Walsh serves as the Executive Director for DEI for the Office of University Development (OUD) at the University of Michigan. She is responsible for recruiting and retaining a diverse and culturally competent workforce, advancing a safe and respectful fundraising environment, diversifying the university’s donor and volunteer base, and fundraising for DEI priorities.

Walsh approaches her work with the knowledge and experience gained at U-M, as well as her upbringing in Brownsville, Texas, the southernmost city in the Rio Grande Valley, a region along the U.S.-Mexico border. The latter is what made the decision to come to Michigan easy, and the decision to stay difficult.

She remembers calling the Center for the Study of Higher and Postsecondary Education as a prospective student and being surprised that Dr. Steve DesJardins talked to her for an hour when faculty at other institutions she was considering refused to talk to her before being admitted.

“Being from the [Rio Grande] Valley, that type of human connection is really important. Knowing that this person was willing to talk to me said to me that this was a place that I really wanted to be,” she said.

Walsh enrolled as a dual degree master’s student in both the SOE and the Gerald R. Ford School of Public Policy. She took out $70,000 in loans to attend U-M.

“I didn’t have an understanding of what it meant to take out that much money,” Walsh said.

Working twenty hours a week, Walsh felt her experience was very different from many of her peers, especially her Ford classmates who were less likely to work while in school. She remembers needing to get new contacts and not knowing how she was going to pay for them having opted out of student health insurance to save on costs. The worst for her was not knowing whether she would have enough money to go home to see her family during breaks.

“Being from a different cultural context, I really missed home. Even though I spent four years in the Midwest for college, I just wasn’t used to living here,” she said. “I wanted to go home.”

“If I had gotten anything less than ‘You are so valuable. We cannot just let you walk out this door without fighting for you’ from him, I don’t think I would have been okay with being away from family any longer,” she said. “That’s why I stayed.”

Dr. DesJardins connected her with a number of opportunities across campus to supplement her income and alleviate attendance costs. Walsh was able to secure a Graduate Student Staff Assistantship with OUD for the following year. After graduating with her second master’s degree, she was hired full-time by OUD to create an internship program to introduce students to the development profession and help diversify the field which is predominantly white.

Due to COVID-19, the internship program Walsh created was in jeopardy this year. U-M chose to offer it virtually recognizing the negative effect it would have on students if cancelled.