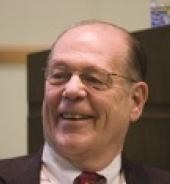 Dr. Marvin W. Peterson’s career in higher education began as a doctoral student in the very program in which he spent his long and illustrious career. Upon receiving his PhD in 1968, he was immediately appointed as an assistant professor in the Center and as an assistant research scientist in the Institute for Survey Research. During his career he authored, co-authored or edited several books and more than 150 publications, and led or collaborated on 20 government and foundation research grants. His research was shaped by the open systems approach that Robert Kahn and Daniel Katz introduced in their landmark Social Psychology of Organizations that examined the influence of external factors on institutions. Over the course of four decades, Dr. Peterson studied the organizational behavior of colleges and universities to understand the influence of growth of state agencies and the advent of increased Black student enrollment in the 1970s, the advent of growth of data systems and information technology in the 1980s, the emphasis on teaching and learning and then assessment in the late 1980s and 90s and then on the transformation of institutions especially in developing countries in the late 1990s and early 2000s. 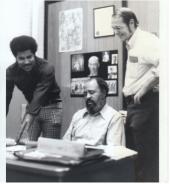 In 1978, he was selected as one of Change magazine's "100 Young Leaders of the Academy." He was a visiting scholar at National Center for Higher Education Management Systems and was awarded a Fulbright travel grant to study the structure and function of German higher education. He also served as a visiting faculty member or consultant at numerous universities, for several state systems of higher education and for many countries attempting to develop their higher education institutions or systems. The latter included projects in Australia, Brazil, the Netherlands, the People's Republic of China, Germany, Russia, Kyrgyzstan, Uruguay, and Hungary. 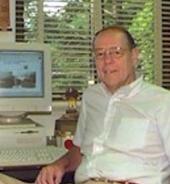 Dr. Peterson recalls  the most fulfilling aspects of serving as Center Director: working with doctoral advisees, expanding the representation of minoritized faculty (in 1976 there was only one woman and one faculty of color) and student body, maintaining the Centers top ranking among higher education programs, guiding the Center successfully through the University’s School of Education “Down Sizing Review” in the 1980s, and assisting in preparing for and participating in successful applications for two national Center grants—NCRIPTAL and the multi-institutional NCPI project.